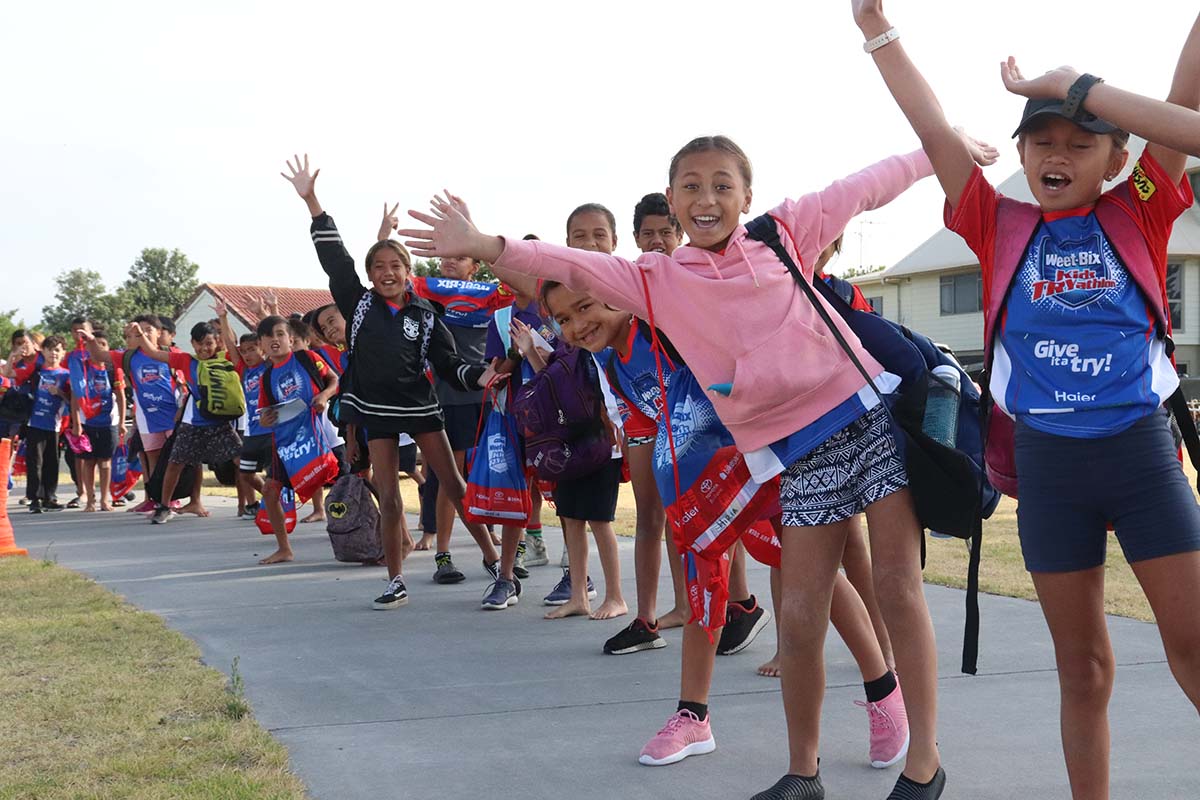 The Gisborne Sanitarium Weet-Bix TRYathlon took off with a blast on Wednesday, with kids from all over Tairāwhiti challenging themselves through the swim, bike and run, to earn their shining medal at the end.

The Weetbix Try has awarded over 350,000 medals to kids since 1993, and Trust Tairāwhiti are stoked to have supported such an awesome community event.

Mayor Rehette Stoltz and Trust Tairāwhiti CEO Gavin Murphy spoke to the crowd of 1,065 restless kiddies before their races, but that wasn’t to outshine the other guest speakers that were present.

Local triathlete and Olympic Games 2020 hopeful, Tayler Reid told the crowd he can finish 12 Weet-Bix on a good day.
Renowned surfer Maz Quinn encouraged the athletes to give their race everything and Casey Kopua, NZ netball great and former Silver Ferns captain did the same.

The children were split into nine different racing groups to stagger the ages and numbers through the Olympic Pool swim, Centennial Marine Drive bike and the Churchill Park run.

15 of the schools’ present had entry costs reduced by TT funding.
Three of which were also supported through transport to the event, and three others supported with bike servicing.

Starting at 8am with breakfast (Weet-Bix of course) and finishing at lunchtime, it was an epic day had by all! 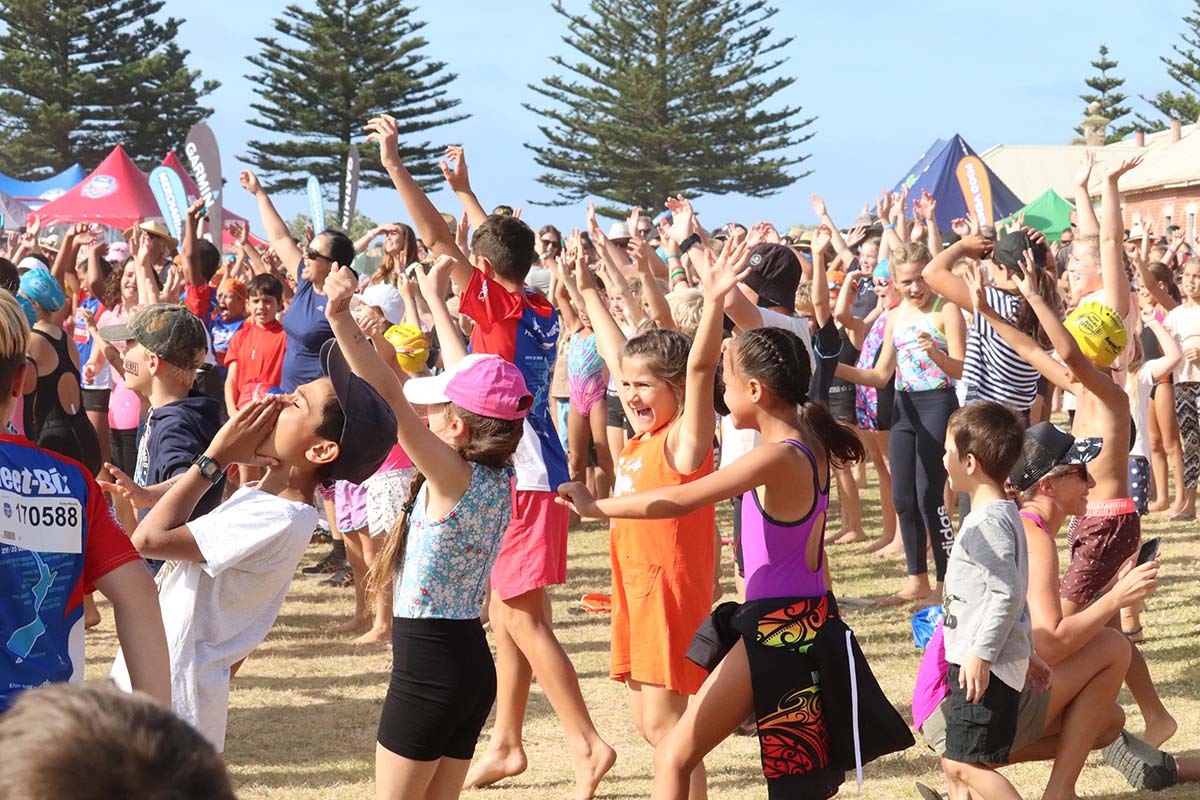 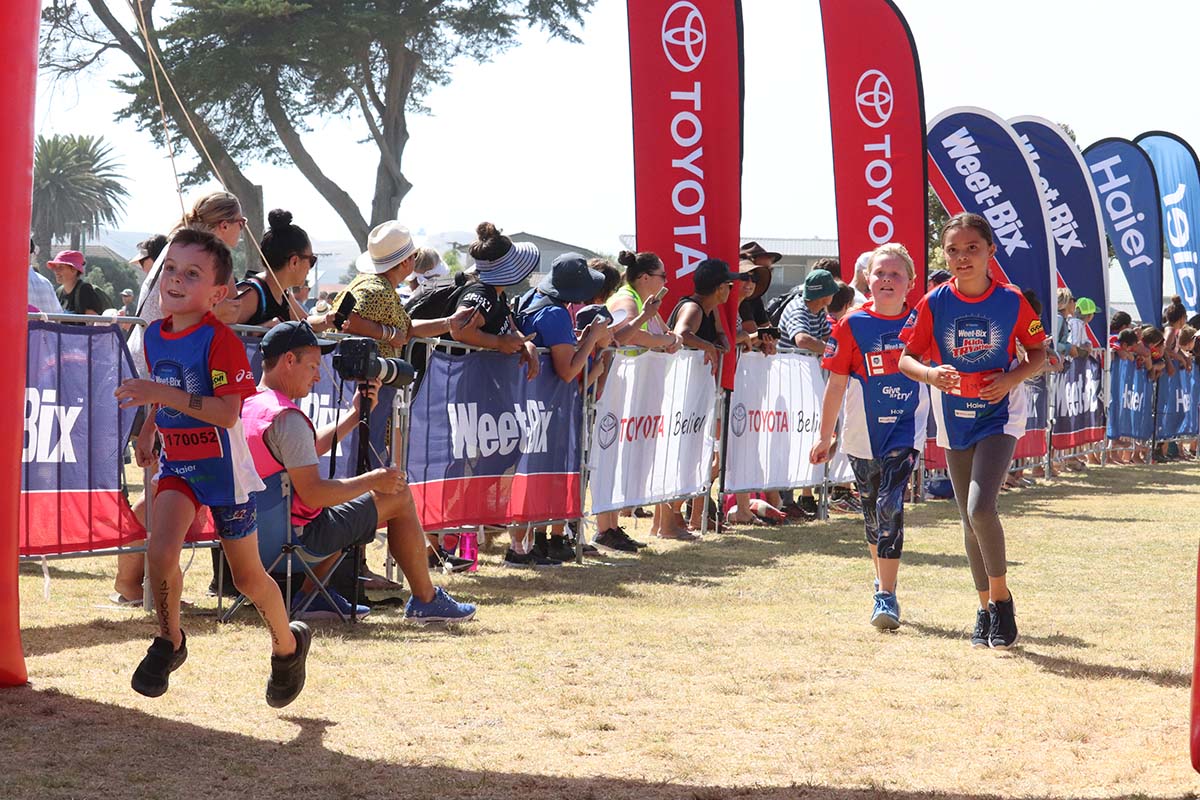