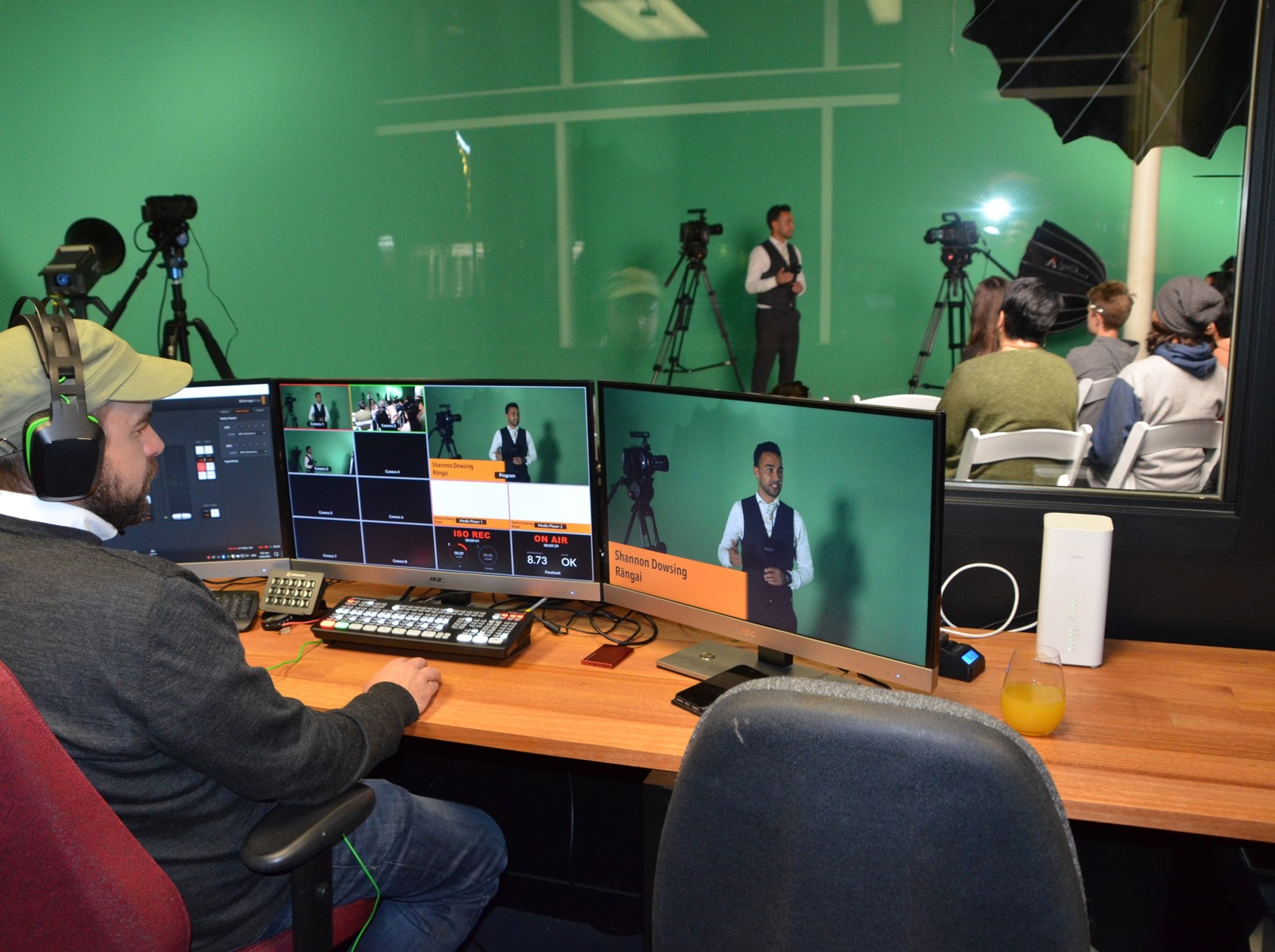 The finishing touches are being put on a new film and television studio Rāngai, as it prepares for its first intake of students in July.

The studio will operate as a self-sustaining, semi commercial model and be used as a training facility for EIT students enrolled in the NZ Certificate in Communication Media, progressing into the Diploma in Screen Production in 2022.

Owner and founder Shannon Dowsing said the vision was to bring high-value, highly-paid jobs to Tairāwhiti.

Trust Tairāwhiti is providing financial backing in the form of a loan for $225,650.

The Trust also provided initial Investigation, Research and Feasibility (IRF) funding of $24,000 which allowed them to formulate their full business case and branding.

Building began in December on the Gladstone Road studio which will contain a professional broadcast studio including motion capture, green screen, office space and edit suite.

Rāngai is a subsidiary of UK-based Target3D which specialises in motion capture and virtual production.

Motion capture is used in film and television as well as high performance sport, robotics and biometrics.

When visiting Ireland and England with a Maori delegation in 2019, Mr Dowsing formed a relationship to bring Target3D to Gisborne.

“The only way for Target3D to exist in Tairāwhiti was to train our own people, if we hired our staff from outside the region we wouldn’t be contributing to local success,” Mr Dowsing said.

The idea is that EIT students doing the Diploma of Screen Production will work on motion capture projects for Target3D in Britain as well as producing their own original content. For this mahi the students receive wages for their work.

“The establishment of Rāngai in Tairāwhiti is significant, especially the capability and capacity it brings to region and the formal training elements not currently available,” says Trust Tairāwhiti Economic Development Manager Jared Johnstone.

“Diversification of our industry profile today, leads to a more resilient and inclusive Tairāwhiti tomorrow .”

Rāngai has already produced a pilot for a youth news programme called WOKE which will be used to give students work experience on a live broadcast which is streamed online. The aspiration is to have this youth focused current affairs show picked up by a network and broadcast nationally.

Mr Dowsing has invested a considerable amount of personal capital in Rāngai with additional investment from its parent company Target 3D.

Rāngai will have three revenue streams from studio and equipment hire; a talent agency, that manages the students to earn while they learn, and recruitment for graduates where it will use its networks and hire internally to help students find employment.

There will also be a community arm of the company, where people can use the facility in the evenings and weekends for eSport. SME’s can access the students and studio for marketing and they will produce a web series on stories from our region in an open mic format.

The first student intake is for EIT students who are enrolled in a Certificate in Communication Media level 4. Rāngai can assist in enrolment and show potential students through the studio.

“We will offer a continuous education pathway in region so students can get the skills they need while also creating a work portfolio to help them secure future work. We will also subsidise student wages and help them find employment once they complete their studies,” Mr Dowsing says.

“Target 3D will provide projects specific to student level, so we are working in the original content area. For example with the newsroom piece, we will make all the difficult backgrounds but students will do things such as monitor audio levels and operate the cameras.

“Content needs to be suitable for the students to work on – both behind and in front of the camera. Then we will raise the difficulty level as they go through the degree.”

MSD will underwrite 50 percent of the student wages and the plan is to provide one day each week of paid work.

Mr Dowsing said he was happy with the high level of interest shown at the Game of Life careers event in April with 65 students giving their contact details so they could be informed about the level 5 course starting next year.

At full capacity Rāngai will be able to take 60 students across three years. It has invested in state-of-the-art technology for the students to use and will also provide a kit of production gear which can be used by local high schools.