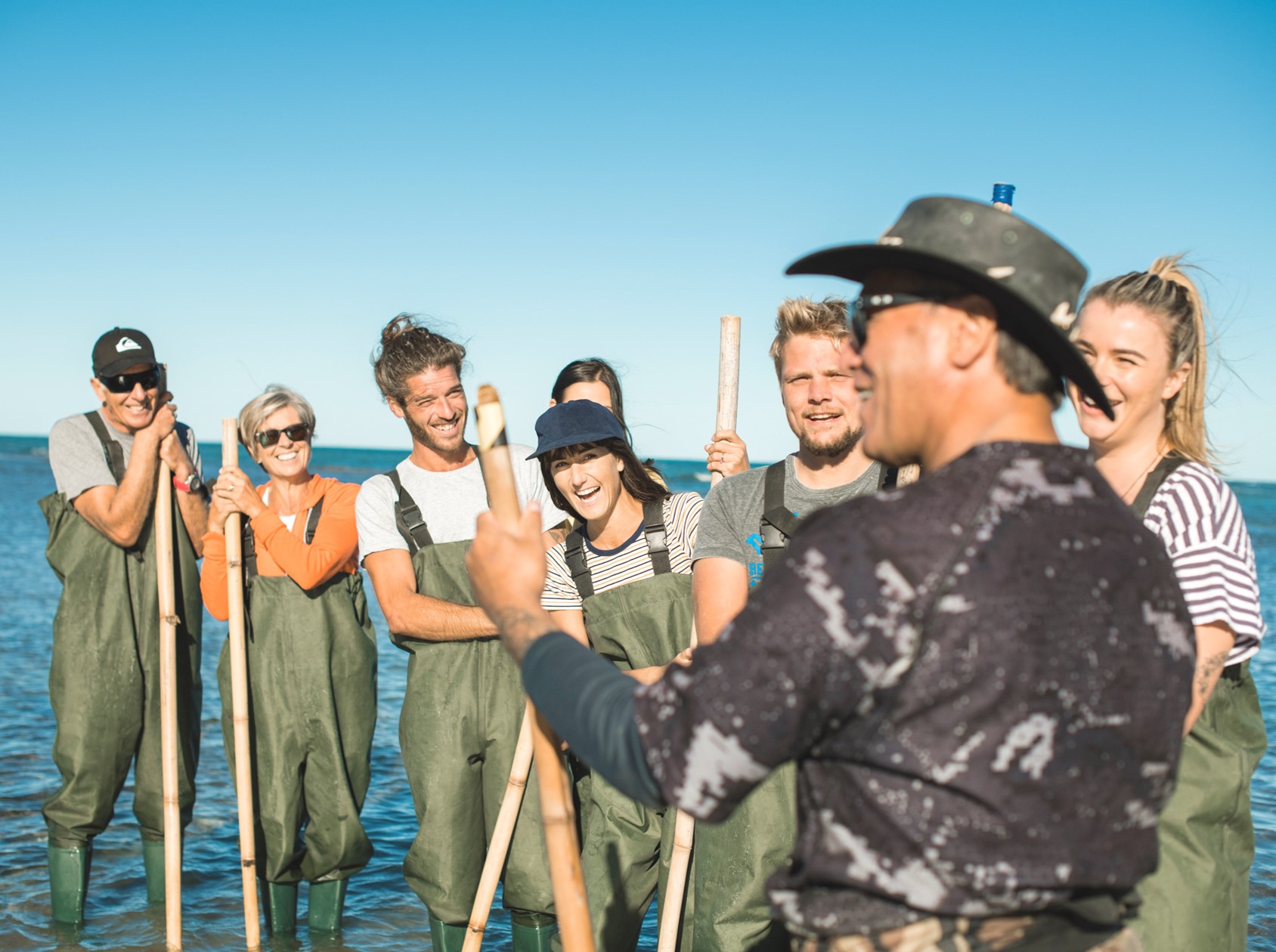 Tairāwhiti had an excellent summer season as Kiwis unable to travel abroad explored their own backyard.

Tourism activity in the area was unchanged in the 2020 year, making Tairāwhiti the second-best performing region after Northland with a total spend of $94 million.

According to MBIE’s regional tourism figures there was a monthly tourism spend of $18 million for January using Tourism Electronic Card Transactions (TECTs). Around $5 million of this was spent on food and beverages and $3 million on accommodation.

“Typically, domestic tourism makes up about 80 percent of visitor numbers to Tairāwhiti, so this has been a strength for us,” says Trust Tairāwhiti Regional Tourism Manager Adam Hughes.

Research shows a high percentage of visitors to Tairāwhiti come to visit friends and relatives reducing pressure on local accommodation providers which have been largely full over the summer.

Shanti Probst from Tatapouri Bay said it had been a bumper season and they were fully booked over Easter too.

“Our glamping has been fully booked as well as the camp sites and there has been a lot of people in camper vans staying. It’s like Gisborne and the East Coast have been on peoples’ bucket lists and now they’ve had a chance to get here.

“The team at Trust Tairāwhiti Tourism have been amazing – they’ve really helped put us on the map – helping with website development and putting us in touch with mentors.”

Part of the increased demand was because they were a new business in a growth phase but he also believed the increase was due to more Kiwis exploring the region.

Waikanae Top 10 Holiday Park had the busiest summer ever with a lot more first-time visitors. “We’ve had an unprecedented number of motorhomes staying with people here to do the coast road,” said Operations Manager Haze Richardson.

“We also had large numbers of people working in construction and forestry this summer who were renting the self-contained units.”

“The growth of tourism-specific events in Tairāwhiti has been visible through our regional tourism spend this past peak season,” said Trust Tairāwhiti Events Advisor Lana Davy.

“The event season kicked off with First Light Wine and Food and new kid on the market, The Longline Classic, sold out to a majority of out-of-towners.”

New events like Essence of Tairāwhiti produced a niche food experience and The Gisborne Beer Festival was back again this Easter.

“There is also a lot of interest in Tairāwhiti as a region to host events with The Gathering – a motorcycle rally bringing a 500 plus strong group of enthusiasts from all over New Zealand and The Shepherdess Muster also choosing to host its very first New Zealand version of this Australian outback women’s wellbeing event here.”

Ms Davy said sporting events were also on the rise.

There was a dramatic rise in the number of campers in Tairāwhiti over the summer season with 1,825 summer camping permits issued from October to January 31, an increase of 513 on the same period last year.

Tairāwhiti Gisborne Tourism worked in partnership with Air New Zealand on a Gisborne awareness campaign which went live for the month of February 2021 leading into early March.

The campaign was centred around the broad range of experiences in Tairāwhiti and intended to drive increased conversion to Tairāwhiti Gisborne through Air New Zealand.

“This partnership included a Gisborne homepage takeover, a homepage tile that promoted flights to Gisborne from $49 which was a great conversion push for our activity via Air New Zealand’s social channels across Instagram, Facebook and Twitter,” said Trust Tairāwhiti Marketing Advisor Mel Ma’afu Sinoti.

“In conjunction with this, we also partnered with Aotearoa’s leading travel news company, Stuff, on a national campaign promoting Tairāwhiti Gisborne to our drive, ﬂy and local markets driving inspiration and awareness of Tairāwhiti as a must see and do visitor destination.”

The intention of this campaign activity was to inspire, educate and motivate visitors as well as increase appeal and showcase the diversity of Tairāwhiti Gisborne encouraging the domestic market to spend time and money in the region.